A symposium curated and produced in 2018 by Findhorn Bay Arts on behalf of the Discover Moray’s Great Places Project.

Delivered by Findhorn Bay Arts in partnership with Moray Council on behalf of the Moray Economic Partnership, this symposium supported the Discover Moray’s Great Places project by inspiring conversation and creating connections between artists, people passionate about culture and heritage and those working in the sector in Moray.

Over 300 people attended the symposium, where they heard from several leading artists who had previously delivered outstanding heritage and arts projects, and explored opportunities for creativity to enhance Moray’s rich cultural heritage.

Visual artist Mary Bourne RSA MRBSspoke about her experiences of making art for the built environment, collaborating with clients, local people and other artists and design professionals to help realise public spaces that reflect and engage with their cultural and historical context.

Storyteller, musician and author Bob Pegg spoke about his work with Kilmartin House Museum, describing how through a programme of community engagement he had devised events which incorporated music, storytelling and visual art grounded in the history and landscape of the glen while drawing on the talents of the local communities.

Visual artist Duncan Wilson presented on the work Distant Voices, which he made in collaboration with The Beacon Arts Centre and Inverclyde Heritage Centre for Galoshans Festival 2017.

Mark Zygaldo traced the development of his interest in water-based public artworks and explored through them the potential for the role of the rivers in both urban and rural spaces to re-animate and re-narrativise.

Chef, baker and environmental artist Robert Singer spoke on the values of artisanal working, which could be a means of changing our town centres by ‘using our loaves’.

Writer, director and founder of the National Theatre of Scotland Simon Sharkey presented on a range of projects he had created around heritage, including “Granite” in Aberdeen and “Shift” in North Lanarkshire.

During his presentation, folklorist and director of the Elphinstone Institute Dr Thomas McKean explored the relationship of traditional practices to the individual, and in how communities can use tradition to adapt to new circumstances.

The symposium played a vital role within the wider Discover Moray’s Great Places project, which looked at how region’s arts, cultural and heritage sector could collectively maximise engagement with Moray’s community, particularly its younger people, and attract new audiences, participants and visitors.

Mary Bourne is a visual artist based in the North East of Scotland. A major theme in her work is our environment and how we relate to it, both physically and subjectively.

Trained at Edinburgh College of Art, her professional experience has included numerous public commissions including interpretative artworks at Bennachie in Aberdeenshire, Mallerstang in East Cumbria and Mugdock Country Park, Milngavie. She has worked with high profile architects like Page/Park and Malcolm Fraser, as well with Planning Aid Scotland, Scottish Natural Heritage, The Scottish Historic Buildings Trust and Historic Environment Scotland.

Duncan Wilson has extensive experience both as a visual artist and workshop leader in communities in the central belt of Scotland and now in the Highlands and Moray. Specialising in youth work and socially engaged art practice, he has worked for organisations including Rig Arts, The Beacon Arts Centre, Renfrewshire Council and most recently Findhorn Bay Arts. Working across drawing, printmaking and photography, Duncan continues to develop and show his own work. Often simple in appearance and imbued with humour, his work draws from the absurdities of everyday life.

Robert initially trained as a chef/baker, before studying at the Environmental Art Department at Glasgow School of Art. Robert’s work focuses on food/art and he is committed to returning artisanal values and heritage crafts to town centres.Robert is a long-term campaigner of making bread metaphorically and actually as a means of supporting socially engaged arts. He is currently working with Deveron Projects to find ways of supporting creativity in the local community by establishing a sustainable Heritage Bakery.

Dr Thomas McKean is the Director, Lecturer in Ethnology and Folklore of The Elphinstone Institute, University of Aberdeen, which was founded in 1995 to research and promote the culture of the North-East and North of Scotland. He is President of the Kommission für Volksdichtung and on the Executive Board of the Société Internationale d’Ethnologie et de Folklore. As part of the James Madison Carpenter Project team, he has been working with cylinder and disc recordings of North-East singers made between 1929 and 1935, leading towards publication of a critical edition of the collection. His postgraduate teaching includes Custom and Belief, Scots and Gaelic Song, along with Fieldwork and Archiving methodology. Tom is particularly interested in the relationship of traditional practices to the individual, and in how communities can use tradition to adapt to new circumstances.

Bob Pegg is a storyteller, musician and author who has worked all over Britain and Europe, in community venues, schools, museums, folk clubs and concert venues. For the past three decades Bob has lived in the Highlands, spending 16 years as a part-time arts worker for Ross & Cromarty Council, devising and promoting schools and community initiatives like the Junior Folk Orchestra and the Merry Dancers Storytelling Project, as well as writing songs and music for community dramas Macbeth and Storm. Recent books include Highland Folk Tales and Argyll Folk Tales, both published by The History Press. Solo shows have been inspired by the Arctic explorer John Rae, the last wolves in Scotland, and Homer’s Odyssey.

Mark graduated in Fine Art at Winchester School of Art in 1975, and worked as an artist in Manchester and London until 1980, when he moved to Dumfries and Galloway to start chair making. This developed into cabinet making and restoration, woodcarving, boat building/restoration. The publication of Lying Down with Dogs, 2001, led to Mark gaining an MPhil by research at Glasgow University, Slavonic Studies department in 2005 and various research, writing and journalism projects supported by woodwork/restoration and carving. His work as a public artist started with collaborations with other artists in 2009. His main foci of current works are: rivers as a platform for and an element of kinetic and public artwork, the social significance of rivers, and the role of public artwork in environmental awareness.

Simon was one of the founding directors of the National Theatre of Scotland (NTS). Over 15 years with NTS Simon pioneered a programme of participatory and community arts. Since leaving in 2018 he has formed a new company to continue his work nationally and internationally. His work has taken him across the world but his real love is Scotland.  He wrote and directed Project Macbeth in Elgin culminating in A production of Shakespeare’s play in Elgin Cathedral. He created “To Begin…..” a nine month residency around Findhorn Bay which culminated in a production with the same title. He was the Scottish director for “Pages of the Sea” the 1418 Now Danny Boyle commission which culminated in the sand portraits in Burghead. Simon has a long association with Moray and is delighted to be back. 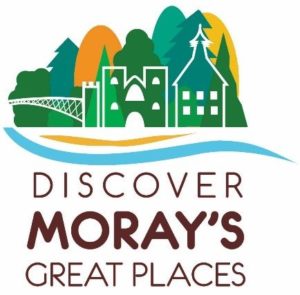