ProjectARTS was a new and extensive programme of public art and creative work in Moray facilitated by Findhorn Bay Arts.

Supported by Creative Place Award Winner 2015 funding, ProjectARTS supported closer working practice between artists, business and community groups in the Forres area through developing creative projects or activities in partnership. Funding worth up to £2,000 was awarded to a number of creative projects in February 2016 to May 2017, engaging new audiences and leaving a lasting creative legacy.

The Forres Toorie
Professional designer and maker Jennifer Cantwell of Sporran Nation created the ‘Forres Toorie’.  Jennifer developed a fairisle hat knitting pattern using sound that had been recorded in and around Forres.  The sound recordings were turned into a visual pattern using software and then into a fairisle knitting chart.  Working together with local knitters and Varis Crafts, the hat was brought to life and displayed at Varis Crafts in time for World Yarn Shop Day on April 30th 2016.  The patterns are also available for the public to knit their very own ‘Forres Toorie’.

Singing Tree
The Forres in Bloom Wee FIBees Garden benefited from the installation of a large wooden xylophone – a Singing Tree – handmade and installed by independent artists Caroline Inckle & Steve Sharp from locally sourced wood.  The xylophone is a lasting piece that enhances the garden and draws in visitors to enjoy nature and music together in the outdoor space.  On Culture Day Forres 2016, a drum circle showcased the xylophone and joyful beats could be heard echoing into Grant Park.

Forres Street Scene
Chris Lee and Graeme Roger of Wildbird created a Forres Street Scene in the town centre.  Working with Forres Business Association and High Street shopkeepers, twenty short films were exhibited in windows along the historic streets of Forres.  The exhibition brought vivid light and colour to the streets and reflected the communities of Forres back to themselves as part of a Light Night event during the Findhorn Bay Festival 2016.

Feedback
The Feedback installation piece was on display during the Findhorn Bay Festival 2016.  The installation linked the the world of art, mythology and nature with the world of technology and materials. The concept developed from the Forres Tolbooth preservation work and a past court case involving a sheep held as evidence.  Made by artist Selena Kuzman and local organisation T-Exchange, Feedback entwined two pieces; a sheep and a shepherdess, both made of recycled materials. The sheep encapsulates the scientific idea of feedback by literally carrying its feed on its back and remains on display in the Forres Tolbooth.  An exhibit page of the project by Selena can be viewed here.

Helping Hands
Inspired by the notion that second hand shops often get a bad press and the knowledge that many stories linger behind donated items, Margot Henderson worked with the five charity shops located on Forres High Street to engage people in telling and sharing stories, and creating imaginative pieces reflecting on loved items as they change hands in Forres. Each shop created a window display to showcase the stories which were on display during the Findhorn Bay Festival 2016.

Dance Walk Moray
Ruby Worth established and led a new group of local people who came together to Dance Walk. Three monthly Dance Walks took place in August, September (on Culture Day Forres 2016) and October. Including local people from across the Forres area, the activity was a means of enjoying nature, exercise, creativity, music and dance with others.

Sing for Wellbeing
Local singer songwriter Nikki Lewin ran a series of participatory singing sessions with residents living in sheltered housing at Varis Court, Forres. The workshops and songs included a variety of old classics, some of Nikki’s own repertoire and local traditional working songs. Designed to connect emotionally with participants, stimulate and uplift, a CD of songs and short film of the session was produced and given to participating residents as a lasting memento and  a source to stimulate memory recall.

Funk your Junk with Joni Phippin – Up cycling furniture and how to make any surface chalkpaint
MilkMade with Heidi Soos – Making jewellery from milk bottle plastic
Frame Up with Heidi Soos – Making picture frames from discarded and found objects
Bookbuilding with Jennifer Cantwell – Make your own notebooks and collages using paper and old books
Revamparama with Jennifer Cantwell, Joni Phippin and Heidi Soos –  A day of remaking, mending and vamping clothes, bags and accessories

Creative Pathways
A visual art project led by local artist Caroline Inckle developed a new bespoke work in response to the unique habitat of the Forres Community Woodlands. Working alongside Forres Community Woodlands Trust, the work was be made using materials primarily gathered from the woodlands and then placed within the site for visitors to enjoy. A series of artist walks and talks will be held during the construction of work and following installation.

Song of the River

Local artist Andrea Turner led workshops for local people to join her on a creative learning journey contributing to a performance piece Song of the River. The piece was a poetic exploration of the River Findhorn from the source to the sea, interwoven with a love story; a heroine/hero’s journey of the heart expressed in spoken word, theatre and original music.  Community participants contributes their own ideas and expressions to the piece culminating in a local live performance at Universal Hall, Findhorn.

Local musician Dave Martin and film maker Graeme Roger installed and performed a Sub Asian Sound Kitchen with Forres based restaurant Cardamon Spice. Video and sound footage from the bustling restaurant kitchen was mixed with footage from Bangladesh in a visual and sound extravaganza during the Forres weekend celebration of Indian Culture in the UK.

Scottish Theatre Company Frozen Charlotte worked with a group of young carers and young people in the Forres area to explore the idea of “essentials”. Indispensible Me asked questions and explored what is essential to a young person to live, flourish, survive and laugh. Creative workshops exploring these ideas were led by Artistic Director Heather Fulton using drama, performance, movement and visual art, culminating in a sharing for friends and family to attend.

Sound Bites
A group of young people part of Forres Area Youth Zone joined Chris Lee of Wildbird and Steve Gasgarth of Electrolabs in workshops to create and record ‘sound bites’, culminating in a performance for friends and family. Drawing upon ideas from young people and responding to the local area, participants were given the opportunity to write, perform, record and produce broadcast quality work using a fully hands on approach.

Indian Adventure
Local artist Marion Normand curated a vivid and exciting event in Forres taking local people on an Indian Adventure as part of the UK Year of Indian Culture.  In partnership with Falconer Museum, creative family workshops took place in the Museum over the festival weekend of 20-21 May making bright, traditional Indian decorations.  In Grant Park a ‘Holi’ was held where the unique stories, colours and traditions of India were explored, along with drumming, dance, song, music, food and songs of faith. 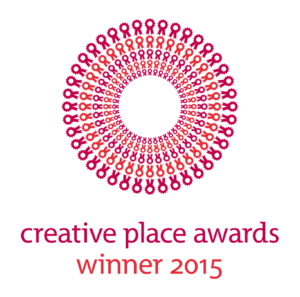 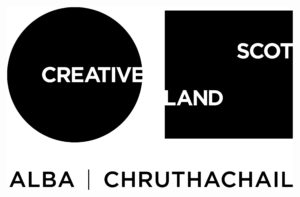